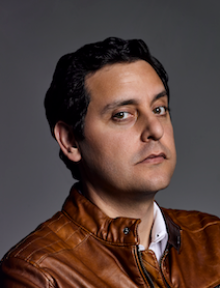 TBS called Ben Gleib one of “the funniest comedians working today”. He’s one of the lead actors on the new anthology series “Just Beyond” on Disney+. He’s the host and head writer of the Emmy nominated game show “Idiotest” on Game Show Network & Pluto TV (Formerly Netflix). His hilarious hour stand-up special “Neurotic Gangster“ is now on Amazon Prime. For 7 years he was one of the stars of "Chelsea Lately" on E! He’s the voice of Marshall the Sloth in “Ice Age” and the voice of Dali in “The Book of Life”. And he can be seen in the "Jay & Silent Bob Reboot" movie. His podcast “Last Week on Earth” debuted at #9 on iTunes Comedy, and was #1 on stitcher for 20 straight weeks.

Gleib was a regular on the “Today Show with Kathie Lee and Hoda”on NBC. He's been on "The Late Late Show with James Corden" on CBS. During the pandemic he co-created the world’s first virtual live comedy venue, “Nowhere Comedy Club” which led to he and his co-founder being called the #3 “Innovator that changed comedy in 2020”. He performs a monthly virtual show at Nowhere Comedy with the improv legend from “Whose Line Is It Anyway?” Greg Proops. He also hosts a weekly virtual show called “Gleib Off The Top: Crowd Work & Improvised Madness”.

You also may have seen one of his appearances on "@Midnight" on Comedy Central, “The Late Late Show,” or “The Tonight Show.” He has toured arenas all over North America with both Chelsea Handler and Dane Cook and has been headlining comedy clubs around the globe since 2007.

Esquire has called him “one of the next big things in comedy.”

Customers are expected to take necessary precautions to protect themselves and others. While not required, Helium recommends all customers wear a mask in all common areas of the building.

Ben Gleib was just named by TBS one of the "funniest comedians working today."

He is host, writer, and executive producer of the Emmy nominated "Idiotest," the hit comedy brain teaser game show in it's 3rd season on GSN, with 145 episodes. It's the most watched original program on the network.

He is also a regular on "The Today Show" with Kathie Lee and Hoda, on their "Guys Tell All" segment, and you may have seen one of his recent appearances on "@Midnight with Chris Hardwick" on Comedy Central.

Recently he was guest co-anchor for a week for ABC News digital, from ABC News world headquarters in New York. An unusual gig for a comedian, another example of why he is one of the most multi-talented comics in the country.

For 7 years he was a round table regular on "Chelsea Lately" on E! with over 100 appearances! He also played himself on a memorable episode of the E! scripted series "After Lately."

He has toured sold-out arenas all over North America with both Chelsea Handler and Dane Cook, has been headlining comedy clubs around the globe since 2007, and has performed on "The Late Late Show," "Last Comic Standing," and twice on "Last Call with Carson Daly." He is constantly on tour, and is likely performing soon in a town near you.

Esquire once called him one of “Six comedians who could be comedy’s next big thing.” The other five were Aziz Ansari, Patton Oswalt, David Cross, Demetri Martin, and Flight of the Conchords. It came true for all of them and it now seems to be Gleib's time.

He is the first comedian to ever live stream a full headline set on Facebook Live, and has been doing it for one show in each city on his current tour, 100% improvised, each set getting over 300,000 views. His act is chock full of hilarious material, but he's also one of the best improvisers in standup comedy.

A truly unique voice in comedy, he's even been a frequent on-air contributor on CNN, "The Young Turks," and NPR, winning a Golden Mic for his work on Southern California NPR's "Patt Morrison's Comedy Congress." Recently he created, executive produced, hosted and was head writer on a spinoff special for GSN called "Political Idiotest," blending his game show with his love of politics. And he was the anchor of GSN's interstitial series "Man VS Fly."

An accomplished voice over actor, Gleib is one of the stars of Kevin Smith's "Jay and Silent Bob's Super Groovy Cartoon Movie," is the voice of Marshall the Sloth in "Ice Age: Continental Drift," (the #2 animated movie of all-time internationally,) and voices Dali in "The Book of Life" starring Channing Tatum. His voices have also appeared in "Phineas and Ferb," and youtube series "The Melvin Bros."

His podcast “Last Week on Earth with Ben Gleib” on the Smodcast Network debuted at #9 on iTunes Comedy, and was #1 on Stitcher for over 20 weeks. Every Wednesday, he hilariously summarizes news and politics, occasionally being joined by celebrity guests like Bryan Cranston, Meghan McCain, Bob Odenkirk, Sam Donaldson, Moby, Adam Devine, and his parents. (You can subscribe, rate and review on iTunes.)

He hosted "Oscar Roadtrip" which was featured on ABC's Oscars Pre-Show for the 85th Academy Awards. He co-wrote and stars in the scripted webseries "CINEDOPES," available for free on Youtube. Gleib is also one of the leads in the upcoming feature film "Bad People - The Movie" and is making his dramatic acting debut in the sci fi short film "CHANNEL."

In 2007, he starred in the primetime NBC hidden camera comedy series "The Real Wedding Crashers," a show in which he played multiple characters.

In 2006, he sold a pilot to FOX called "The Gleib Show" produced by Saturday Night Live's Lorne Michaels, Broadway Video, and NBC Universal. This was based on a show he did for 3 seasons for the National Lampoon Network, and for 4 years before that in college at UC San Diego. It became a class that students could take for 4 units. (This helped several of his friends graduate. Gleib had the honor of speaking at that graduation.)

His online videos have received more than 25 million views, he has worked for all 4 broadcast TV networks, and many of the major cable networks and digital platforms.

In 2008, he shot a pilot where he got to meet and mess with Barack Obama and Bill and Hillary Clinton, and ruined a John McCain press conference, getting kicked out by the Secret Service. You can see those clips here.

On the radio, he is a regular on the hugely popular shows The Bob and Tom Show, and Kevin and Bean.

He also enjoys freestyle rapping, has a rap group called BENS, and is proudest that he is probably better than you at ping pong.